Bamboo - the green building material of the future

Is there such a plant that could provide an ecological building material forever? Yes, there is! And it’s called bamboo. With about 1,200 species growing in different climatic conditions in South America, Africa, Asia, and Japan, bamboo is playing second fiddle in the building industry. Bamboos are fast growing grasses with a hollow stalk covering millions of acres. Certain species of bamboo can grow as fast as three feet a day! The bamboo timber has long been used to build traditional houses in Asian villages, and Canadian-Indonesian designer Elora Hardy has taken bamboo to a new level of craftsmanship in her Green Village in Bali. But bamboo deserves more attention!

Bamboo has conquered the hearts of many. China and India are the major players in the bamboo market. This February, The World Bamboo Organization has declared the state of Manipur “The Bamboo Capital of 2019”. However, in India, the region of Assam has the highest bamboo productivity. Here, bamboos are also grown in the villages, some of the most valuable species being  Khang (Dendrocalmus longispatnus), Muli (Melocanna bambusoides), Dalu (Teinostachyum dalloa), Pecha (Dendrocalamus Hamilton-ii), and Kaligoda (Oxytenanthera nigrociliata).The tallest species is Dendrocalamus giganteus, and the most suitable for building projects is Phyllostachys bambusoides, native to China. But one of the most famous bamboo forests is in Japan and can be found on the outskirts of Kyoto - the Sagano Bamboo Forest.

This tall grass has even made its way into our gardens. If you’d like to add it to your garden, choose a clumping variety of bamboo. The running varieties spread like wildfire and are very hard to eradicate. If running bamboo is giving you headaches, you can try to kill it naturally by pouring hot water over the new shoots.

Is bamboo a sustainable material? 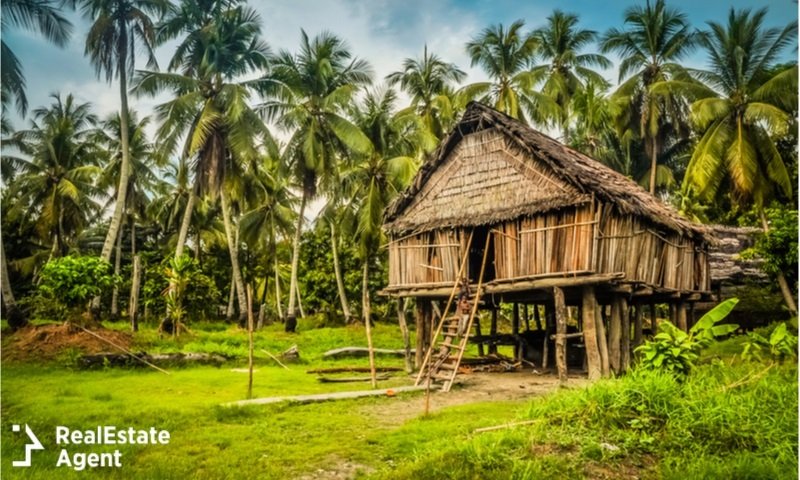 Untreated bamboo, as a building material, is used for temporary housing that is not expected to last more than 5 years. Bamboo is definitely sustainable, no doubt about it, but there are no building codes for it and little research has been done in order to provide architects with more design guidelines. When it comes to fungi and pests, bamboo requires special treatments with salts of boron (Sodium Borate) or other preservatives. Although bamboo is a grass, it contains cellulose - the main food of termites, therefore borates must be used to keep termites away.

Bamboo is able to halt land erosion and degradation, produces 35% more oxygen than regular trees thus reducing pollution; it is cheap and affordable for people with low income and is not only a renewable resource but also a highly productive one. Like wood, after harvesting, bamboo won’t last too much if it gets in contact with water, so it is not suitable for foundations except when building on supporting pillars or on a raised platform. Nevertheless, the use of bamboo as a building material could slow down land clearings.

Why is bamboo a good building material? 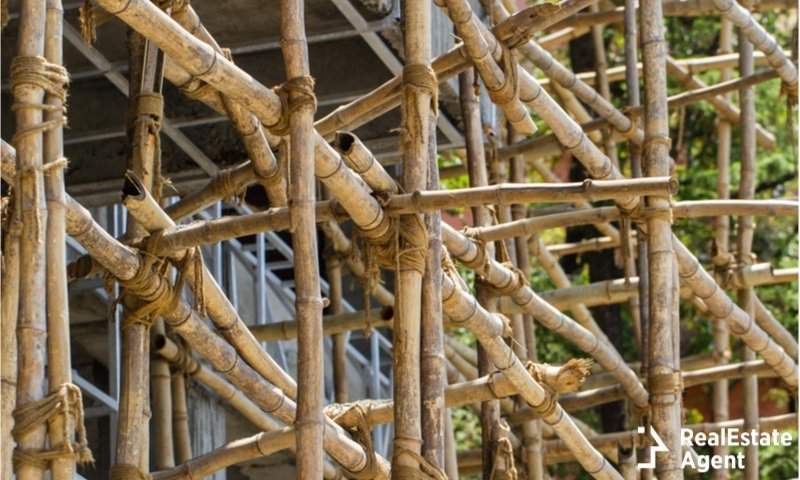 When you watch a panda bear eating loads of bamboo at the Zoo or when you look at all the woven bamboo products you may think that bamboo is fragile, brittle, and malleable, not at all suitable as a building material. But people have been building with bamboo for centuries. Studies have shown that bamboo has a compressive strength greater than concrete and rivals steel with its strength-to-weight ratio in tension. It withstands up to 52,000 pounds of pressure PSI. Also, a thick bamboo pole could be three times stronger than regular timber.

Time is money in real estate, too. Building with bamboo involves a lot of physical effort and skills, which means that a bamboo house can’t be built in one day. 3D printers, though, can “print” even 10 houses in one day using a mixture made of construction waste and cement. However, bamboo can be integrated into 3D printed homes successfully. For example, the roofs can be made of bamboo, the doors, the floors, the furniture, and even the interior decorations. So, the fast expansion of 3D printing technologies for houses opens a new market for bamboo and other green building materials.

How long will a bamboo house last? 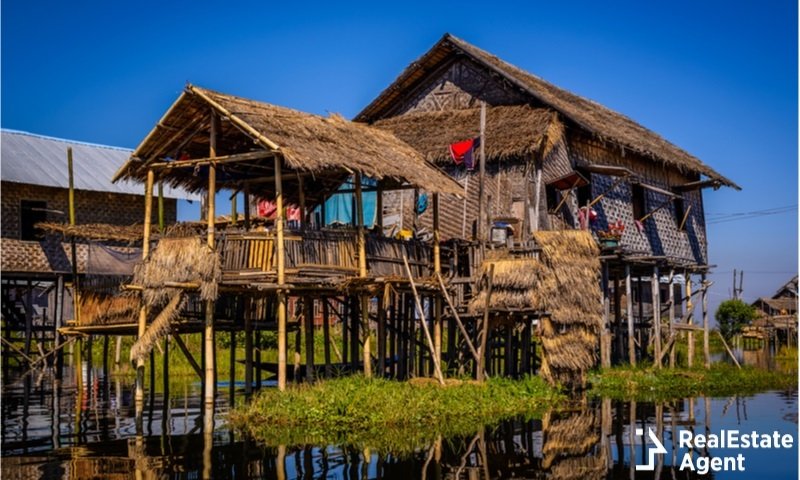 One acre of a hardwood forest is needed to build a typical American house and that forest will regenerate in 40 years. If Americans replaced the hardwood with bamboo, they’d only need a quarter acre that would grow back in about a year. If treated properly, bamboo houses can last up to 200 years, like in Japan. In Vietnam, only a few houses made entirely of bamboo still exist but these are proof of its durability. For example, a bamboo house in Trung Phu village (Vietnam) is about 100 years old, still withstanding typhoons, floods and other natural disasters. Some bamboo houses might not last physically very long, but they definitely last as a memory.

When discussing longevity we also have to factor in the cost. As a green building material, one of the advantages of bamboo is its cost - it is cheaper and renewable. Of course, it might need repairs or replacements over time, but any house needs improvements!

How much does a bamboo house cost? 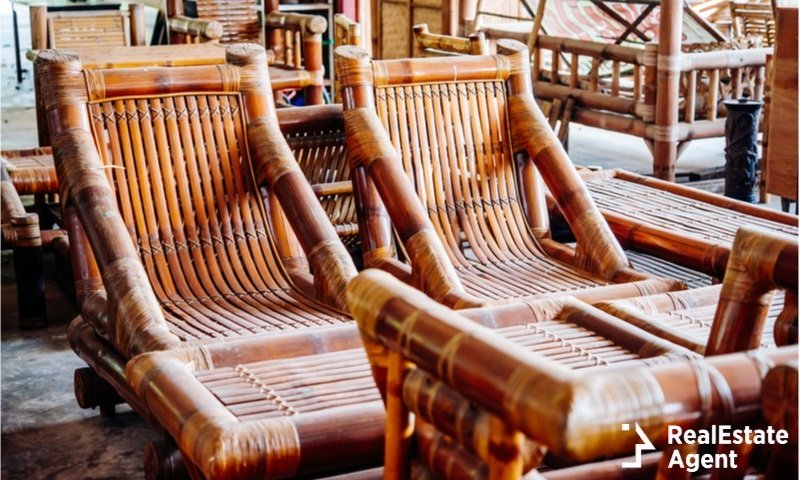 Earl Patrick Forlales, a 23-year-old from the Philippines, won a contest with a modular bamboo house named CUBO that is fast to build and also very cost-effective, at about $60 per square meter or less than $6 per square foot - a potential solution to the housing shortage in Manila - one of Asia’s fastest growing megacities. He drew his inspiration from his grandparents’ bamboo hut. Do you see how an old bamboo house continues to inspire long after it had been built? So, it doesn’t matter so much how long a bamboo house lasts. What really matters is how fast that housing model is embraced by the new generation of home buyers.

Although we would love to see more and more houses being built entirely of ecological materials, we know this is a far-fetched dream. In a region where bamboo houses are the traditional form of dwelling, we dare to say that a bamboo house can be built with almost no costs. We have to admit, though, that a bamboo house is not exactly what we have in mind for ourselves. In the U.S. the single family house is still the preferred type of residence. But there is hope. A way to reduce the cost of building would be to consider using bamboo for furniture, flooring, and decorations, thus protecting the hardwood forests as well.

Suitable for warm regions, the bamboo wattle could be used for the exterior walls. Indoors, bamboo is so decorative! Use it to create patterns and textures by attaching the decorative bamboo canes directly to a concrete wall, or by using only the canes as a vertical or horizontal separating wall. The price of bamboo poles depends on diameter and length, for example, 6 poles 1” x 8’ cost $54. If bamboo poles don’t fit in your interior, you’ll find bamboo curtains at most big retailers or try the folding screens!

Bamboo floors have a very low impact on the environment because when the poles are cut, the plant doesn’t die. It continues to generate new shoots. The species used for flooring is the moso bamboo (Phyllostachys edulis). Bamboo processing plants are also close to plantations, so no long distance transportation is required. The bamboo floor manufacturing process begins by cutting the bamboo poles in long stripes called “fingers” that are first dehydrated and then compressed. Bamboo floors are very durable and suitable even for kitchens! The price varies between $2 and $10 per square foot, depending on the finishing. Depending on the area where you want to install it, make sure that bamboo flooring is right for you.

Bamboo as a building material has inspired carpenters and furniture designers too. For bamboo to be suitable for furniture, it has to undergo the same process of dehydration, clamping, and pressing, until it becomes a panel with standard thickness and color. But raw bamboo poles can be used for furniture-making, too. You can find beds, chairs, tables, shelves, and even plates, trays, cutlery and kitchen utensils made out of this versatile grass. Did you know that bamboo doesn’t absorb odors? Due to its high content of silica, bamboo can also withstand temperatures of up to 700 degrees Fahrenheit. It is still used for cooking or steaming food.

Would you like a natural hedge between you and your neighbors that provides privacy and intimacy? Or what about a natural sound barrier if you leave near a highway? The genus Fargesia boasts a few winter-hardy varieties - F. denudate (USDA zone 5-9), F. robusta (USDA zone 6-9), and F. rufa ‘Oprins Selection’ (or Green Panda, for USDA zone 5-9). If you plant bamboo in a concrete container, you can look for running varieties as well. You should also consider bamboo as a building material for a gazebo, patio, or Feng shui water fountain in your garden. Screens made of dried bamboo sticks make great fences, too. However, be aware that bamboo canes can ignite from friction, and are known to cause wildfires. Think twice before improvising or starting a DIY building project with bamboo! Also, bamboo hedges are not fire-retardant, so if your house is exposed to wildfires, try to avoid it.

If you’re really thinking about building a house with a minimum environmental footprint, then, besides using bamboo as a building material, you may also integrate the following green building materials:

Bamboo is an exotic material that transposes us to the spas of Thailand and Indonesia. It demands respect, attention, and care. It is strong and fragile at the same time, and if not used correctly, it could ruin an entire project. If you want to use bamboo indoors or outdoors, work with a professional interior designer or landscape architect to get the most out of it. We will be happy to answer any questions that you may have, so please feel free to leave a comment below.